Who is John Bolton?

John Robert Bolton (born November 20, 1948) is an American attorney, diplomat, Republican consultant and political commentator who served as the 25th United States Ambassador to the United Nations from 2005 to 2006 and as the 27th United States National Security Advisor from 2018 to 2019. Bolton served as a United States Assistant Attorney General for President Ronald Reagan from 1985 to 1989. He served in the State Department as Assistant Secretary of State for International Organization Affairs from 1989 to 1993 and Under Secretary of State for Arms Control and International Security Affairs from 2001 to 2005. He was an advocate of the Iraq War as a Director of the Project for the New American Century, which favored going to war with Iraq.He was the United States Ambassador to the United Nations from August 2005 to December 2006, as a recess appointee by President George W. Bush. He stepped down at the end of his recess appointment in December 2006 because he was unlikely to win confirmation from the Senate, of which the Democratic Party had gained control at the time. In later years, Bolton served as the Assistant to President Donald Trump for National Security Affairs (NSA) from April 2018 to September 2019. He repeatedly called for the termination of the Iran nuclear deal, from which the U.S. withdrew in May 2018. He wrote a best-selling book about his tenure in the Trump administration, The Room Where It Happened, published in June 2020.Bolton is a foreign policy hawk and is an advocate for regime change in Iran, Syria, Libya, Venezuela, Cuba, Yemen, and North Korea. He has continuously supported military action and regime change in Syria, Libya, and Iran. A Republican, his political views have been described as American nationalist, conservative, and neoconservative. Bolton rejects the last term. Bolton is a former senior fellow at the American Enterprise Institute (AEI), and Fox News Channel commentator. He was a foreign policy adviser to 2012 presidential candidate Mitt Romney. .. 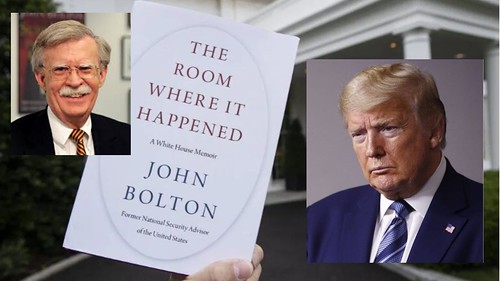 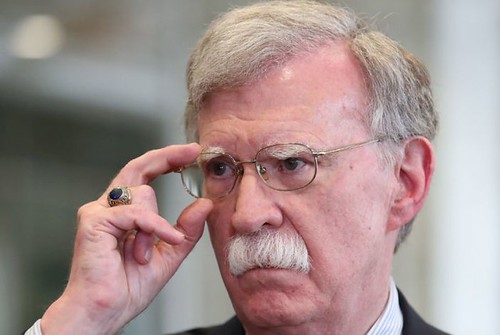 @VinceCoglianese @GPIngersoll Dude we just gained the most jobs in one month in US History no one gives a f*ck about John Bolton.

What we Learned about Korean Issues from John Bolton’s Memoirs