Who is Milly Johnson?

Milly Jane Johnson is an award-winning British author of romantic fiction. She is the writer of 15 best selling novels with over two million sales worldwide. She was nominated for Melissa Nathan award for Romantic Comedy in 2012, winner of RoNA Award for Comedy Romance in 2014 and 2016 and Winner of Channel 4's Come Dine With Me - Barnsley edition. She is also an after-dinner speaker, poet, professional joke writer, short-story writer and newspaper columnist... 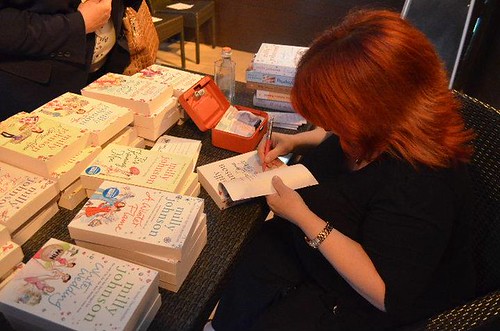 @raqgraft1: Dr Umar Johnson said this 5 years ago and some of you still choose to banter him rather than educate yourselves. Love yourse…

@giallococo: Marsha P. Johnson within the crowd at a New York Gay Pride (1982)