#1 NEW YORK TIMES BESTSELLER • The compelling, inspiring, and comically sublime story of one man’s coming-of-age, set during the twilight of apartheid and the tumultuous days of freedom that followed

NAMED ONE OF PASTE’S BEST MEMOIRS OF THE DECADE • NAMED ONE OF THE BEST BOOKS OF THE YEAR BY Michiko Kakutani, New York Times • USA Today • San Francisco Chronicle • NPR • Esquire • Newsday • Booklist

Trevor Noah’s unlikely path from apartheid South Africa to the desk of The Daily Show began with a criminal act: his birth. Trevor was born to a white Swiss father and a black Xhosa mother at a time when such a union was punishable by five years in prison. Living proof of his parents’ indiscretion, Trevor was kept mostly indoors for the earliest years of his life, bound by the extreme and often absurd measures his mother took to hide him from a government that could, at any moment, steal him away. Finally liberated by the end of South Africa’s tyrannical white rule, Trevor and his mother set forth on a grand adventure, living openly and freely and embracing the opportunities won by a centuries-long struggle.

Born a Crime is the story of a mischievous young boy who grows into a restless young man as he struggles to find himself in a world where he was never supposed to exist. It is also the story of that young man’s relationship with his fearless, rebellious, and fervently religious mother—his teammate, a woman determined to save her son from the cycle of poverty, violence, and abuse that would ultimately threaten her own life.

The stories collected here are by turns hilarious, dramatic, and deeply affecting. Whether subsisting on caterpillars for dinner during hard times, being thrown from a moving car during an attempted kidnapping, or just trying to survive the life-and-death pitfalls of dating in high school, Trevor illuminates his curious world with an incisive wit and unflinching honesty. His stories weave together to form a moving and searingly funny portrait of a boy making his way through a damaged world in a dangerous time, armed only with a keen sense of humor and a mother’s unconventional, unconditional love.

Praise for Born a Crime

“Compelling . . . By turns alarming, sad and funny, [Trevor Noah’s] book provides a harrowing look, through the prism of Mr. Noah’s family, at life in South Africa under apartheid. . . . Born a Crime is not just an unnerving account of growing up in South Africa under apartheid, but a love letter to the author’s remarkable mother.”—Michiko Kakutani, The New York Times

Born a Crime: Stories from a South African Childhood is an autobiographical comedy book written by the South African comedian Trevor Noah, published in 2016. A film adaptation is being produced by Paramount Players...

Do you love Born a Crime book? Please share!

Born a Crime book reviews are being updated..

Trevor Noah Is a Blessing!Ghostwriter63

I cannot believe how good this book was it’s a page turner and I don’t even like autobiographies and this is one of the best books I’ve ever read. 55

This book is amazing! I didn't know what I was expecting when I started the book but, I can't remember the last time I laughed and cried so hard. Some parts were heartbreaking but also relatable. I couldn't put it down. 55

This book will put you through many emotions. You’ll laugh out loud, you’ll be mad, you’ll even be sad and you might even shed a tear. It’s like an autobiography with a history lesson all intertwined. 55

They should've just cancelled the daily show instead of giving it to this guy. He's simply not funny. 15

Inspiring story of hope and perseverancejanrph

I have even more respect for Trevor after reading his story. It was hard to put down from the first chapter. He survived a rough childhood and maintains a wonderful sense of humor. 55

This is the kind of book that makes you laugh and cry at the same time....and not in an “I’m insane” sort of way. It’s just a heart-felt story that makes you appreciate all that you have. 55

All I can say is you never know what a person has gone through until they let you see. My heart broke the minute his Mom was shot. While I don’t advocate violence I would have had someone kill Abel the first time he hit my Mother. I personally left mine and life has been so much better without him. 55

Normally I don’t like reading but this book was extremely interesting and insightful. I really enjoyed the book and the storyline. 45

Having grown up in South Africa, this book explained so many feeling and emotions I have for the longest time suppressed and ignored. I related to a lot of small things in the book and the way he told it was gripping, I could not stop listening. Thank you so much for sharing your life story. 55 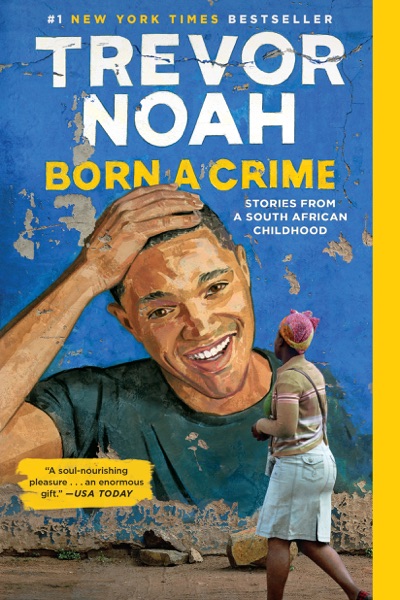 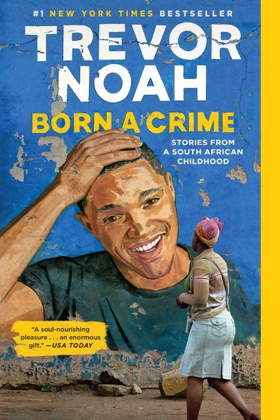 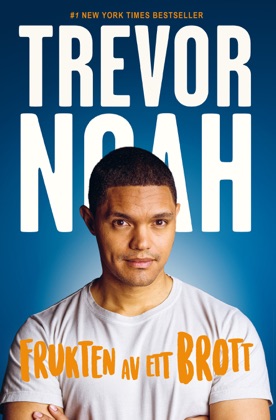 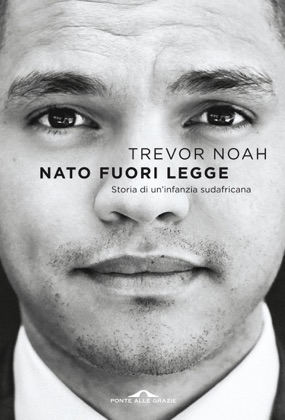