"I was captivated by the beautiful covers from the start and that captivation just carried straight through from page one to the end of each book." ~Jeannette R Holtham

A Breathtaking Medieval Saga of Love, Duty, Loyalty, Failure and Triumph in the First Three Volumes of The Knights of England by Mary Ellen Johnson

BOOK 1: The Lion and the Leopard - Maria Rendell wants to be a dutiful wife to husband Phillip, but can't deny her attraction to their liege lord, Richard of Sussex. Loving Philip should be easy. She has married the knight of whom minstrels sing; the knight who saved Richard's life. But when Phillip abandons Maria to indulge his wanderlust, she turns to Richard, sparking a passionate affair amidst the crumbling kingdom of Edward II. Meanwhile, Edward II's barons are rebelling, executing his favorites, and across the channel in France, Isabella, Edward II's wife—the She-Wolf of France—plans to invade England. Then King Edward is captured as Richard and Maria prepare to flee to safety, and Phillip returns. Now the day of reckoning is at hand—not only for Maria, Richard, and Phillip, but for that most unfortunate of Plantagenet kings, Edward II.

BOOK 2: A Knight There Was - Following his return from battle with a life-threatening sickness, Margery Watson nurses Golden Knight Matthew Hart back to health. A bond deepening between them, Matthew--who refuses to marry so his younger brother may inherit all--begs Margery to openly live with him. Margery agrees. Like her grandmother before her, she will risk all for love. But a scheming adversary concocts a deception in Matthew's absence that leaves Margery the unwitting wife of a wealthy goldsmith--who seeks only to trade on her family name--while believing she was betrayed by Matthew. When Matthew returns from London to find Margery wedded and bedded, he accuses her of betraying HIM. Now, both Margery and Matthew foolishly believe that time, distance and heartbreak will be enough to keep them forever apart.

BOOK 3: Within A Forest Dark - With his belief in the Perfection of Knighthood challenged by battlefield atrocities, Matthew Hart returns to London, wishing to reunite with his first love, Margery Watson. Margery's cruel husband is now dead. As a wealthy widow, she has no intention of returning to the bonds of marriage. But she cannot turn away her handsome knight, no matter the depth of innocent blood he spilled in the name of honor and duty. As Matthew forces himself to fulfill feudal obligations, and Margery's unrest turns treasonous, the forces of king and kingdom may prove the lovers' ultimate undoing or their best hope.

Publisher Note: Readers with a passion for history will appreciate the author's penchant for detail and accuracy. This story contains scenes of brutality which are true to the time and man's inhumanity. There are a limited number of sexual scenes and NO use of modern vulgarity. Fans of Elizabeth Chadwick, Bernard Cornwell and Philippa Gregory as well as Tamara Leigh and Suzan Tisdale will not want to miss this historically accurate series.

"Author Mary Ellen Johnson strides through history with the reader in the front seat." ~Karen Lausa

". . . it challenged my intellect as well as my heart." ~Margaret Watkins, eBook Discovery Reviewer

THE KNIGHTS OF ENGLAND, in series order
The Lion and the Leopard
A Knight There Was
Within A Forest Dark
A Child Upon The Throne
Lords Among the Ruins

Do you love The Knights of England Boxed Set, Books 1-3 book? Please share!

The Knights of England Boxed Set, Books 1-3 book reviews are being updated.. 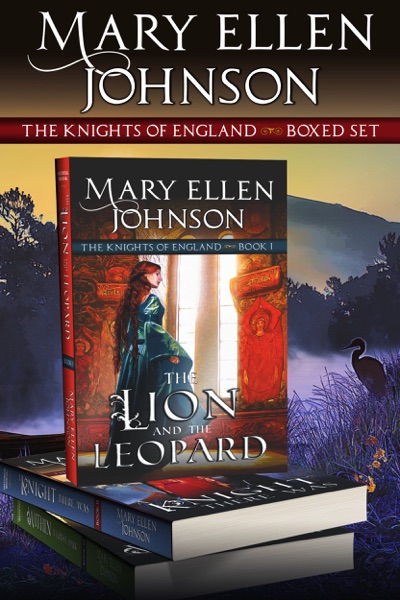 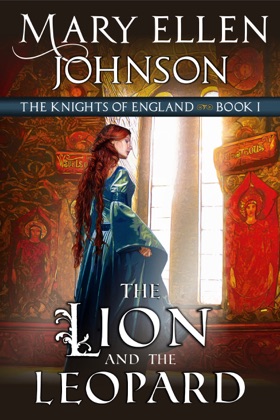 The Lion and the Leopard (The Knights of England Series, Book 1) 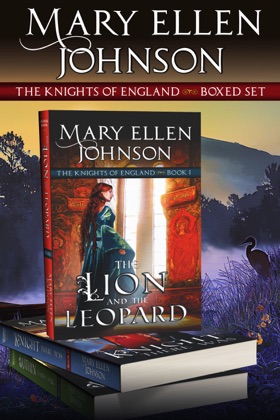 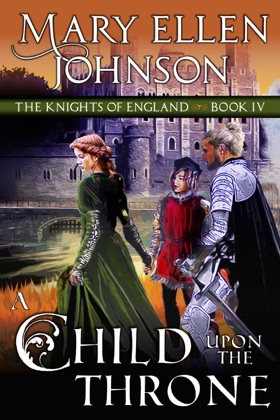 A Child Upon the Throne (The Knights of England Series, Book 4) 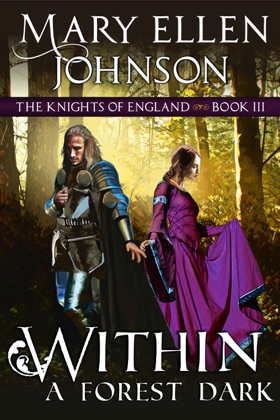 Within A Forest Dark (The Knights of England Series, Book 3)