I fell in love with Sydney Hastings when I was ten years old.
At sixteen, we whispered promises of forever.
When I was twenty-two I broke them all. I left her and promised never to return.

After my father's death, I’m forced to go home to Sugarloaf for six months. She'll be everywhere, no longer just in my memories and regrets.

When we’re together, it’s as though time never stopped. She’s still the one I want, but I don’t deserve her. Instead of apologizing, I take that beautiful, broken woman in my arms. But after that, it’s her turn to leave me.

Now I have to fight. For her. For us. For the life we both want …

Fight for Me - Corinne Michaels Summary

Do you love Fight for Me book? Please share!

The perfect title for this book - Fight For Me - everyone wants to be with that one person that will truly be their ride or die and fight for them to the very end. A great second chance romance that brings two people that are truly meant to be together back in each other’s paths. Secrets and the errors of some others’ ways previously split this young couple and sent them down different life paths. The author does a lovely job telling this story and explaining the roads both people have traveled to get to one another. They are truly each other’s “purpose”. Thank you for sharing Sydney and Declan with your readers. Highly recommend. 55

5 Stars just isn't enough. I am loving the Arrowood brothers so very much. These guys have such amazing hearts and always want to do what they think is the right thing at the time. No matter what it does to their own hearts in the process. Declan and Sydney have that young love that was so deep that neither could escape it, even after 8 years apart. When these two see each other, it's almost like no time has past. Except that hurt is very deep for both of them. Declan left Sydney 8 years ago thinking he was doing what needed to be done for his brothers and to save her from any pain and suffering. Too bad he didn't completely realize how deep her love went. Neither was able to move on. Now Declan is back and Sydney is ready to run away this time. But after a wild moment together, Sydney has her own secrets now and she is terrified of how Declan will react and what he will do. She wants so desperately the things that he says he doesn't want. How will these two ever find their common ground if neither one is willing to fight for the other? I fell in love with these Arrowood Brothers in Come Back For Me (book 1...grab it now if you haven't yet). And that love for these men just keeps growing. I absolutely can't wait for The One for Me...I need Sean and Devney's book ASAP. 55

So much more than a second chanceHarmony1093

This Second chance romance will have you feeling all the things! I love that it wasn’t all Sunshine and roses... it was real and the way Corrine Michaels wove her way through this story was fabulous! 55

Get ready to get ALL THE FEELS!!!!Janett Corona

Dear Corinne, only you can break my heart on the very first page of a book. This book was EVERYTHING!!! I was on the edge of my bed crying nonstop wanting to hug Sydney and Declan. These two were two broken souls who loved each other so much, yet couldn’t be together. Declan carried a burden that keeps him from finding his happiness, when he leaves Sydney he breaks not only his heart but hers as well. This story was truly beautiful, a MUST READ! Get ready to get ALL THE FEELS!!!! 55

We all first got a glimpse of Declan and Sydney in Come back for me. I knew I was going to love these two. This book was absolutely perfect, I loved every second of it. It was raw, emotional, maddening, and beautiful. I loved watching Declan and Sydney make there way back to each other. There love for each other is so strong they just couldn’t forget one another. Corinne Michaels once again leaves me absolutely floored with her words. Stunning! 55

I love a good second chance romance and this one is fabulous. So much angst and hope and happy and sad and just all the things needed to make you feel! Declan and Sydney had their whole lives planned out, until the bottom fell out. Now, they are back in the same space and their chemistry has not diminished one single bit. I wanted to beat both of them, especially Declan, on numerous occasions, because they are both so strong-willed. But they are perfect for each other. And it takes a near-miss for them to realize that they've wasted enough time. This is another win from Corinne Michaels and I can't wait for the next installment. Also, the surprise appearances were awesome. ;) 55

Oh man. Corinne has done it again! Declan and Sydney’s story was my absolute favorite. There was something absolutely sweet and breathtaking about their second chance romance. I was curious about their story from when we met them with Connor and Ellie. Nothing about this story was a disappointment. I loved absolutely everything about Dec and Syd. Their chemistry is off the charts all these years and just as strong as it’s always been. You can’t help but have hour heartbreak for Syd but at the same time your heart breaks for Dec... the healing these two has to go through wasn’t a small feet but at the end of the day, their story is one of my favorites. 55

Declan and Sydney are a Perfect Matech!MSRMNY

Let me just say that I wish I could give this book 10 stars!! I absolutely love Declan Arrowood. OMG! Declan and Sydney's story wrecked havoc on my emotions and my heart!! No, this isn't to say that there weren't times that I wanted to yell at both of them to get it together, but there were not many, because I understood where they both were coming from after all that they had both been through. My goodness do these two love each other, even when the other was afraid to fully let the other one in, the other would pick up on the strength of their love and hold the other one together. A love like Declan and Sydney's is not easy to come by, and it is not one that you throw away very easily either...no matter how much you may want to try to...just to stop the hurt when you feel like you are never truly going to get what you want in the end. Their story was brilliantly told and draws the reader in from the moment you open the book, and even when it ends you want more. Fight for Me is a beautifully written second chance love story that spans the years. Declan is the oldest of the Arrowood brothers, and he was the one who took most of the abuse from their father to protect his younger brothers, therefore, he has internalized the trauma so much more; but through it all he always was able to find comfort and love in the arms of the love of his life, Sydney Hastings. However, due to a tragic act, he made the decision, the only one he believed available to him at the time, to give Sydney up without explaining his reasons, and left town. Now, 8 years later, Declan is back, thanks to the terms that his father placed upon his and his brother's inheritance. And let me tell you, Fight for Me takes you on one emotional roller coaster of a ride filled with sadness, happiness, tears, laughter, screams and joy. I do not think I have read a book with two characters so perfectly connected emotionally as these two are, and that connection made for such a great story. Declan has been through so much and carries such a heavy burden, and this is not to say that Sydney has not had her share of disappoints, but my goodness does your heart break for Declan, and you pray that he is finally able to internalize that he deserves to be loved and that the person who loves him unconditionally is right there in front of him if he is willing to let her in. Fight for Me picks up right where Come Back for Me left off with Declan and Sydney's story. Let me just say the title of this book is perfect. These two really fought every step of the way for their happily ever after. Although you are able to read each book as a standalone, I highly suggest reading them in order to fully appreciate and enjoy the story of the Arrowood brothers finding their happily ever afters, and boy, oh boy, do these boys deserve happily ever afters. Yet another great read by Corinne Michaels. 55

I loved Sydney and Declan. I loved the chemistry and history between them. I loved seeing some of the characters from past and future storys. I can’t wait for the next book! 55

Fight for Me Book Discussions 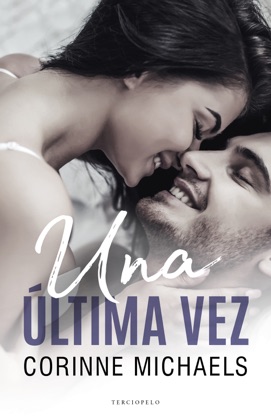 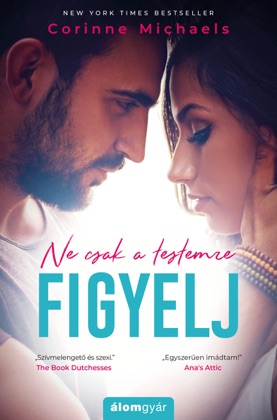 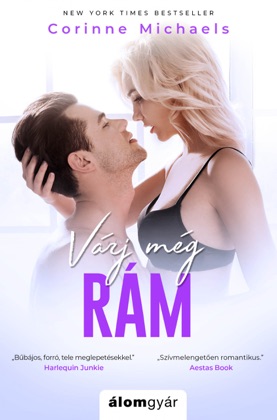 Fight for Me Similar Books