The dramatic human story of an epic scientific quest and of one man's forty-year obsession to find a solution to the thorniest scientific dilemma of the day--"the longitude problem."

Anyone alive in the eighteenth century would have known that "the longitude problem" was the thorniest scientific dilemma of the day-and had been for centuries. Lacking the ability to measure their longitude, sailors throughout the great ages of exploration had been literally lost at sea as soon as they lost sight of land. Thousands of lives and the increasing fortunes of nations hung on a resolution. One man, John Harrison, in complete opposition to the scientific community, dared to imagine a mechanical solution-a clock that would keep precise time at sea, something no clock had ever been able to do on land.

Longitude is the dramatic human story of an epic scientific quest and of Harrison's forty-year obsession with building his perfect timekeeper, known today as the chronometer. Full of heroism and chicanery, it is also a fascinating brief history of astronomy, navigation, and clockmaking, and opens a new window on our world.

Longitude (, AU and UK also ), is a geographic coordinate that specifies the east–west position of a point on the Earth's surface, or the surface of a celestial body. It is an angular measurement, usually expressed in degrees and denoted by the Greek letter lambda (λ). Meridians (lines running from pole to pole) connect points with the same longitude. By convention, one of these, the Prime Meridian, which passes through the Royal Observatory, Greenwich, England, was allocated the position of 0° longitude. The longitude of other places is measured as the angle east or west from the Prime Meridian, ranging from 0° at the Prime Meridian to +180° eastward and −180° westward. Specifically, it is the angle between a plane through the Prime Meridian and a plane through both poles and the location in question. (This forms a right-handed coordinate system with the z-axis (right hand thumb) pointing from the Earth's center toward the North Pole and the x-axis (right hand index finger) extending from the Earth's center through the Equator at the Prime Meridian.) A location's north–south position along a meridian is given by its latitude, which is approximately the angle between the local vertical and the equatorial plane. If the Earth were perfectly spherical and radially homogeneous, then the longitude at a point would be equal to the angle between a vertical north–south plane through that point and the plane of the Greenwich meridian. Everywhere on Earth the vertical north–south plane would contain the Earth's axis. But the Earth is not radially homogeneous and has rugged terrain, which affect gravity and so can shift the vertical plane away from the Earth's axis. The vertical north–south plane still intersects the plane of the Greenwich meridian at some angle; that angle is the astronomical longitude, calculated from star observations. The longitude shown on maps and GPS devices is the angle between the Greenwich plane and a not-quite-vertical plane through the point; the not-quite-vertical plane is perpendicular to the surface of the spheroid chosen to approximate the Earth's sea-level surface, rather than perpendicular to the sea-level surface itself...

Longitude book reviews are being updated.. 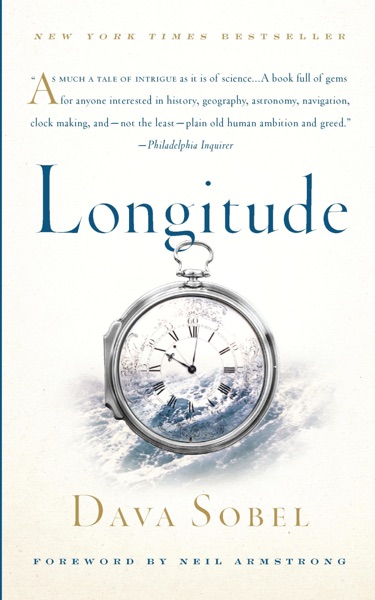 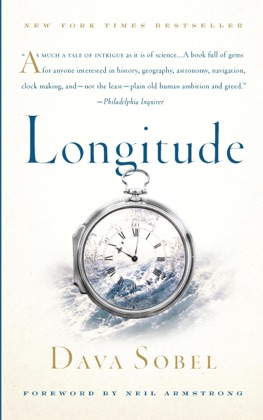 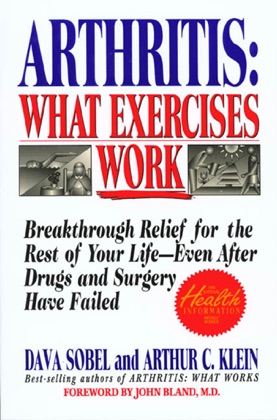