Too Much and Never Enough

In this revelatory, authoritative portrait of Donald J. Trump and the toxic family that made him, Mary L. Trump, a trained clinical psychologist and Donald’s only niece, shines a bright light on the dark history of their family in order to explain how her uncle became the man who now threatens the world’s health, economic security, and social fabric.

Mary Trump spent much of her childhood in her grandparents’ large, imposing house in the heart of Queens, New York, where Donald and his four siblings grew up. She describes a nightmare of traumas, destructive relationships, and a tragic combination of neglect and abuse. She explains how specific events and general family patterns created the damaged man who currently occupies the Oval Office, including the strange and harmful relationship between Fred Trump and his two oldest sons, Fred Jr. and Donald.

A firsthand witness to countless holiday meals and interactions, Mary brings an incisive wit and unexpected humor to sometimes grim, often confounding family events. She recounts in unsparing detail everything from her uncle Donald’s place in the family spotlight and Ivana’s penchant for regifting to her grandmother’s frequent injuries and illnesses and the appalling way Donald, Fred Trump’s favorite son, dismissed and derided him when he began to succumb to Alzheimer’s.

Numerous pundits, armchair psychologists, and journalists have sought to parse Donald J. Trump’s lethal flaws. Mary L. Trump has the education, insight, and intimate familiarity needed to reveal what makes Donald, and the rest of her clan, tick. She alone can recount this fascinating, unnerving saga, not just because of her insider’s perspective but also because she is the only Trump willing to tell the truth about one of the world’s most powerful and dysfunctional families.

Too Much and Never Enough - Mary L. Trump Summary

Too Much and Never Enough: How My Family Created the World's Most Dangerous Man is a tell-all book written by Mary L. Trump, a niece of Donald Trump. It was published on July 14, 2020, by Simon & Schuster. The book provides an insider view of the Trump family dynamics, reveals details about financial dealings, including the author's work as the anonymous source who revealed the suspected tax fraud to The New York Times. The Trump family launched a lawsuit in an attempt to stop its publication but was unsuccessful in delaying the release of the book...

Do you love Too Much and Never Enough book? Please share!

Inside Explanation but Familial Bitternessdeanteam08

For a sizable chunk of this book I felt it was a record of Mary’s grievances against her family, but towards the end she ties the stories together well to very interestingly describe Trump’s psyche and behavioral issues. At times, her analysis clearly lays out the obvious steps towards Donald’s failed election and attempted coup despite this being written before those events. 45

This book has such a negative slant that any Liberal or a Democrat will have wet dreams reading it. It’s an unsatisfying, one sided point of view from an outcast family member and Trump black sheep who believes her professional degree lends credibility to her knowledge of the family who wishes to have no part of her insane behavior and ramblings. Hopefully it will force people to think for themselves about the Trump family and further investigate what is obviously a sloppily packaged web of deceit aimed at making money for a half wit author. 15

This is well written. I am NOT a supporter of Mr. Trump. In the excruciatingly painfully poor management of the presidency and pandemic that resulted in the evil loss of life, THIS read provides excellent analysis, history of HOW and WHY Mr. Trump does what he does.....the title says it all....well done, Ms. Trump and thank you. 45

A must read to understand the mind of the POTUSKWO2

I found Mary’s insight to the mind and mendacity of DJT to be revealing and very tragic. Personal and familial perspective about a sociopathic POTUS who was influenced by a sociopathic father. A family that always longed for their father and mother’s praise that they relied on so much for their own self worth. A very good read. 55

Who better to write a book about Donald Trump than someone from his own family. Someone with perhaps an axe to grind but with good reason. The book is a good illustration that in my opinion, brings a lot more into focus what we’ve witnessed these last four years. Knowing the family background makes what we see on tv and Twitter make a lot more sense. Kudos to Mary Trump for an excellent read. 45

Worth a read, for sure.mhbghu

Thoroughly enjoyed this book, what a great insight into our Monster In Chief. 55

Vitriol by a poor loser. 15

This was obviously written by one of the most biased, unhinged, mousy liars who ever walked the earth. Don’t try to hide it or anything, honey! You poor babies, what you won’t do! This is simply a very jealous and unintelligent family member, pitching a fit over her successful, smart (not perfect) uncle being the most powerful man in the world. He also happens to be the best president in U.S. history!!! Don’t worry, fellow conservatives!! This is proof that we are winning, and in the right - whiny little tyrants (who can but write about their furry over losing) lashing out at a man who they know is right!!! They so jealous, it’s not even funny!!! 🤣😂🤣😂🤣 God bless President Donald Trump, and God bless America. MAGA MAGA MAGA MAGA 15

Sad and unsettlingLark of Michigan

Let me state that my comments are not based on politics. I bought this book with anticipation of learning more about Donald Trump and how he reasons the way he does. Partway through the read I realized it is a book written for the author to vindicate her father from her perceived abuse that he suffered throughout his life. It may have started off like that for Freddy Trump, but at some point each person has to take responsibility for their own shortcomings. I don’t believe Freddy Trump ever did that. The author is very petty and ungrateful for any benefits given on her behalf. Nothing was good enough for her. She puts a negative spin on every thing she writes. Sad, selfish and self-serving. Bummer of a read! 25

I will be purchasing the full book soon! Here are my thoughts: - The only reason I didn't rate this 5 stars is because I want to be able to advise everyone. - To D. Trump supporters: Don't rate it one star without heavily acknowledging the arguments constructed and the author's background first. - To D. Trump haters: Don't accuse Donald without having a solid background and argument first. You'll look kind of stupid. - To D. Trump: Please drink less Diet Coke and actually help the country for once; we really need it. Also, consult a physical/mental therapist if you can. - To M. Trump: Thanks for giving unique insight to your family life while constructing a decent argument against corrupt behaviors similar to Donald's. Also, consider consulting a mental therapist if you can. 45

Terrifying details on the guy in the White HouseMJ108

This book explains the reasoning behind all the terrifying news we receive from the White House on a daily and weekly basis. A must read for people who are struggling to understand the psyche behind Trump’s crazy acts. 55

Prologue only part worth readingdonearlw

Prologue is the only part worth reading. 15

Interesting read about a very dysfunctional family and the disastrous results on Donald’s mental and emotional being caused by his fathers skewed behavior. At times it seems like she has a bone to pick but you can’t deny her observations about this mans narcissism as buttressed by his history. Her observations (late in the read) are spot on. I found it interesting that the reviews are mostly one star or five stars (trumpets vs never trumps, I guess). 45

Whatever in the book it is happening live! 55

Too Much and Never Enough Book Discussions 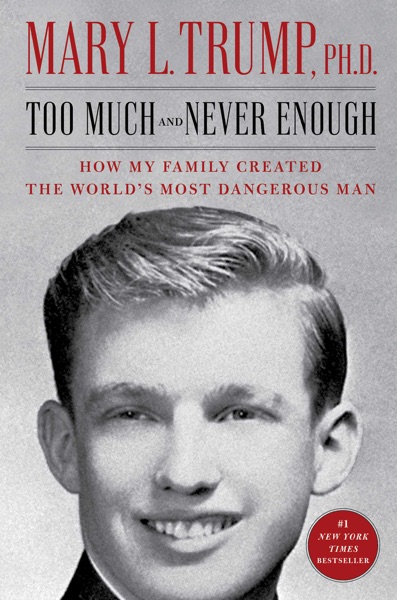 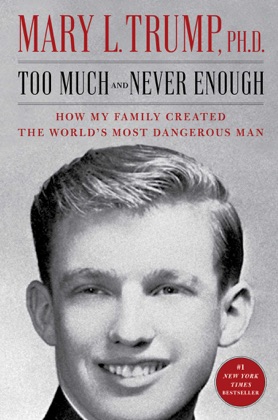 Too Much and Never Enough 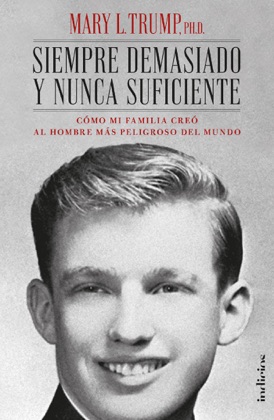 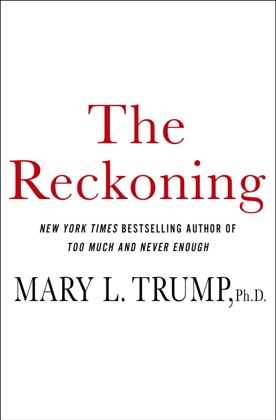 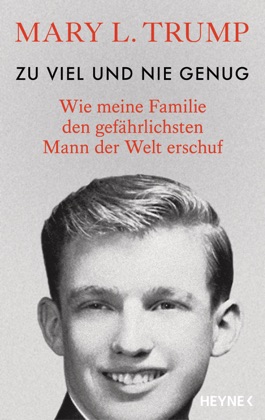 Too Much and Never Enough Similar Books