Happy 90th birthday, to one of the world's most beloved icons of children's literature, Winnie-the-Pooh!

The adventures of Pooh and Piglet, Kanga and tiny Roo, Owl, Rabbit, and the ever doleful Eeyore are timeless treasures of childhood. In this beautiful edition of Winnie-the-Pooh, each of Ernest H. Shepard's beloved original illustrations has been meticulously hand painted. Bright in color and elegant in design, this lovely volume of Milne's classic tales welcomes friends old and new into the most enchanted of places, the Hundred Acre Wood.

Winnie the Pooh - A. A. Milne & Ernest H. Shepard Summary

Winnie-the-Pooh, also called Pooh Bear and Pooh, is a fictional anthropomorphic teddy bear created by English author A. A. Milne. The first collection of stories about the character was the book Winnie-the-Pooh (1926), and this was followed by The House at Pooh Corner (1928). Milne also included a poem about the bear in the children's verse book When We Were Very Young (1924) and many more in Now We Are Six (1927). All four volumes were illustrated by E. H. Shepard. The Pooh stories have been translated into many languages, including Alexander Lenard's Latin translation, Winnie ille Pu, which was first published in 1958, and, in 1960, became the only Latin book ever to have been featured on The New York Times Best Seller list.In 1961, Walt Disney Productions licensed certain film and other rights of Milne's Winnie-the-Pooh stories from the estate of A. A. Milne and the licensing agent Stephen Slesinger, Inc., and adapted the Pooh stories, using the unhyphenated name "Winnie the Pooh", into a series of features that would eventually become one of its most successful franchises. In popular film adaptations, Pooh has been voiced by actors Sterling Holloway, Hal Smith, and Jim Cummings in English, and Yevgeny Leonov in Russian...

Do you love Winnie the Pooh book? Please share!

This book is too long and I got really tired after the first chapter. It was in the morning. 15

Why do people hate it?pasta_and_pizzajin

🐻🐯🐰🐷🦘🦘🦉👱 These stories are amazing. ALL AGES. They are whimsical, imaginative, and hilarious. Would recommend to anyone. 55

I like this story you know I have a baby cousin she loves Winnie the poo please make more story’s about Winnie the poo my bab6 cousin would that. You too fans zoe and joelle 55

This book is SOOOOOOOO good it is HILARIOUS and If you tap a picture 2 times really fast you made the picture bigger.I also love this book so much because I can take it anywhere it’s on my phone so I don’t have to worry about loosing it anywhere except if I loose my phone.Winnie-The-Pooh is so funny also the effects are awesome I couldn’t read the tiny letter’s so by just pressing the button that looks like this...Aa then you can change the font the lighting and you can make the words bigger.I can NOT find anything in this book or about this book that I don’t like.CAN’T STOP READING WINNIE-THE-POOH He’s so CUTE 🤗🐻🐾📕📗📘📙📚 55

i just love Winnie the Pooh it's such a classic. 55

this is to original book with the original illustrations. if you like the Disney version the stories are pretty much the same but if you know that Winnie the Pooh lived at the London zoo, then stick with the classics. these are the tales that were read to you as bed time stories that you will find deep in the memories of Little Kid time. is the house at pooh corner coming out soon? 55

It's great for the little ones 55

I have watched Winnie the Pooh my whole life and have never read the books. This was a sweet tale for kids. I was disappointed that there was no Tigger though! I wonder when he will come into the picture. 55

Just beautiful with the original illustrations. 55

I love pooh, he is so cute and funny! His songs pare a delight of fun 55

This book was the worst book in America 15

My name is Brian and I live in a place where my people have been taken over by digital dusting. I need help to set the eyes of my people free and the hole environment ant bees birds all that stuff 55 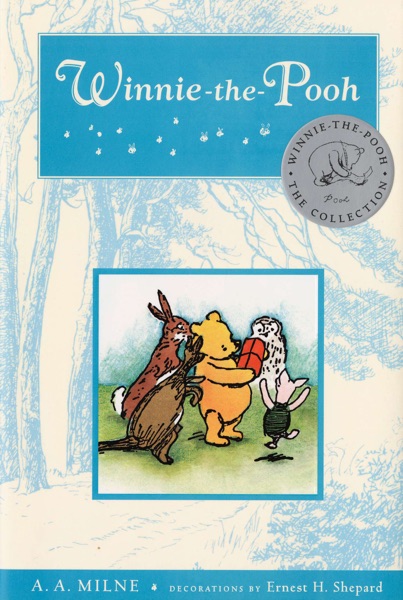 Other A. A. Milne & Ernest H. Shepard Books 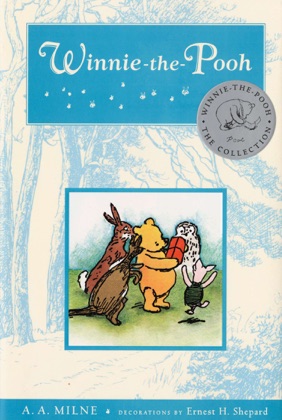 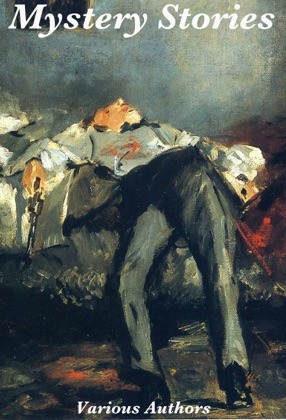 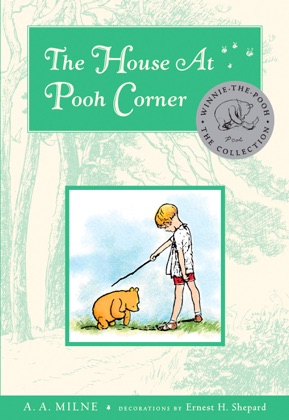 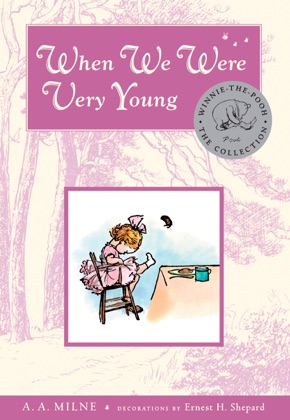 When We Were Very Young Deluxe Edition