Winter is coming. Such is the stern motto of House Stark, the northernmost of the fiefdoms that owe allegiance to King Robert Baratheon in far-off King’s Landing. There Eddard Stark of Winterfell rules in Robert’s name. There his family dwells in peace and comfort: his proud wife, Catelyn; his sons Robb, Brandon, and Rickon; his daughters Sansa and Arya; and his bastard son, Jon Snow. Far to the north, behind the towering Wall, lie savage Wildings and worse—unnatural things relegated to myth during the centuries-long summer, but proving all too real and all too deadly in the turning of the season.

Yet a more immediate threat lurks to the south, where Jon Arryn, the Hand of the King, has died under mysterious circumstances. Now Robert is riding north to Winterfell, bringing his queen, the lovely but cold Cersei, his son, the cruel, vainglorious Prince Joffrey, and the queen’s brothers Jaime and Tyrion of the powerful and wealthy House Lannister—the first a swordsman without equal, the second a dwarf whose stunted stature belies a brilliant mind. All are heading for Winterfell and a fateful encounter that will change the course of kingdoms.

Meanwhile, across the Narrow Sea, Prince Viserys, heir of the fallen House Targaryen, which once ruled all of Westeros, schemes to reclaim the throne with an army of barbarian Dothraki—whose loyalty he will purchase in the only coin left to him: his beautiful yet innocent sister, Daenerys.

A Game of Thrones is the first novel in A Song of Ice and Fire, a series of fantasy novels by the American author George R. R. Martin. It was first published on August 1, 1996. The novel won the 1997 Locus Award and was nominated for both the 1997 Nebula Award and the 1997 World Fantasy Award. The novella Blood of the Dragon, comprising the Daenerys Targaryen chapters from the novel, won the 1997 Hugo Award for Best Novella. In January 2011, the novel became a New York Times Bestseller and reached No. 1 on the list in July 2011.In the novel, recounting events from various points of view, Martin introduces the plot-lines of the noble houses of Westeros, the Wall, and the Targaryens. The novel has inspired several spin-off works, including several games. It is also the namesake and basis for the first season of Game of Thrones, an HBO television series that premiered in April 2011. A March 2013 paperback TV tie-in re-edition was also titled Game of Thrones, excluding the indefinite article "A"...

Do you love A Game of Thrones book? Please share!

It is a great story but you have to get used to the writhers way of writing. It tells you the story from different characters point of view 45

BURN IT, IT MUST BURN! BURN I TELL YOU BURN! AT LEAST HARRY POTTER WAS REMOTELY INTERESTING 15

Like the title says prologue is missing pages, but good book 55

The show is bad and so is this! This “Game of Thrones” storyline is not my type of series. It’s overall bad in my opinion. 15

A great piece of literary intrigue. From complex characters to detailed battles. Martin keeps you wondering what drives anyone person on a particular path. 55

I don’t even read, just love Game of Thrones. So i can actually say this book got me into reading. Well done 👏🏼 55

The first three books are amazing however don’t bother reading any of them until the lazy author gets off his tail to write the final two books. 7 years have gone by since he’s done anything with the series and the last two books are so lacking in story and plot progression it made you wonder if he had a rambling mental break in front of his typist, who took the vomit to a yes man editor who is too enamored with his paycheck to hold Martin to any standard of quality, and published it anyway. 15

I had a hard time paying attention. I know everyone loves it. Maybe sometime I will try the other books. But right now i don't see the hype. 25

i have become so invested in these charactersGOODness258

this book is great so far im half way through and ive fallen in love with everyone well almost everyone he writes. i waited so long to read it after it was recomended to me because i can easily be side tracked from a book. depending on how its written i do not know why i expected it to be drawn out and a little boring but i did. then i started it on audio and i picked up a copy and am reading it again. the way its writen in is from different points of view which i LOVE i love reading everyones elses thoughts anf feelings about the same situations well i will soon be reading all of these books and maybe some other titles by R.R. 55

So I’m not typically a fan of the fantasy genre (aside from Tolkien) since I feel like a lot of writers tend to be extremely trite and obnoxious with their prose, but I’d heard so many great things about this series, so I thought I’d finally give it a try. I couldn’t be more glad that I did; I LOVE Martin’s narrative, the characters are brilliant, the world is beautifully crafted, and for a while it almost didn’t feel like I was reading a fantasy (the fantasy elements didn't overwhelm the story at all). I actually took an extended break between reading the first and second halves of this book, but I found that despite the large cast of characters and varied story lines, I was easily able to recall what had been taking place. And yes, this book is extremely infuriating, because it isn’t a case where the “good guys” always win (if you can determine who the “good guys” are, that is). While some of the darker themes in this story may turn away more conservative readers, overall I highly recommend this book to anyone who has any interest in well-written, historically-themed, fantasy epics. I’ve managed to avoid watching the HBO series so far, but now I feel like I may need to—unless I can speed through the next four books first! 55

I hesitate to mark this book as being read, because I stopped at 56%. At this point, I had invested a lackluster 16 days of spotty reading. I just wasn't drawn to it. I'd rather sit and watch reruns than pick up my Kindle. Perhaps it was the fact that the book was too (in)famous. I knew going in that there would be an abundance of characters and that many of them would be killed. I had expectations of wonderfulness since the masses found wonder in this book. For me, I think that the failure came with the frequent character changes. I couldn't get enough time with any one character to really connect. Therefore, I didn't care what happened to them. I didn't even like any of them. Combined with a slow storyline, I just didn't want to invest more time when there are so many other stories out there that I really want to read. *Originally posted on goodreads 35

Its my preferred series of books 55

Whatever you are currently reading, throw it away and start reading this! 55

I am not one that that reads for fun often but decided to pick this book up because I heard the show was fantastic and cannot afford HBO. I could not put it down since the moment I got it. This is a must read 55

A Game of Thrones Book Discussions 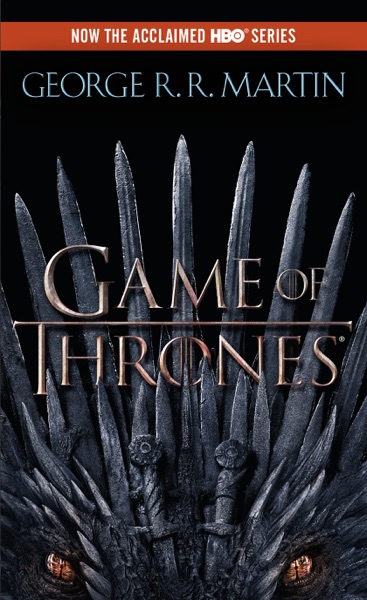 A Game of Thrones Similar Books