Few books have captivated the imagination and won the devotion and praise of readers and critics everywhere as has George R. R. Martin’s monumental epic cycle of high fantasy. Now, in A Feast for Crows, Martin delivers the long-awaited fourth book of his landmark series, as a kingdom torn asunder finds itself at last on the brink of peace . . . only to be launched on an even more terrifying course of destruction.

A FEAST FOR CROWS

It seems too good to be true. After centuries of bitter strife and fatal treachery, the seven powers dividing the land have decimated one another into an uneasy truce. Or so it appears. . . . With the death of the monstrous King Joffrey, Cersei is ruling as regent in King’s Landing. Robb Stark’s demise has broken the back of the Northern rebels, and his siblings are scattered throughout the kingdom like seeds on barren soil. Few legitimate claims to the once desperately sought Iron Throne still exist—or they are held in hands too weak or too distant to wield them effectively. The war, which raged out of control for so long, has burned itself out.

But as in the aftermath of any climactic struggle, it is not long before the survivors, outlaws, renegades, and carrion eaters start to gather, picking over the bones of the dead and fighting for the spoils of the soon-to-be dead. Now in the Seven Kingdoms, as the human crows assemble over a banquet of ashes, daring new plots and dangerous new alliances are formed, while surprising faces—some familiar, others only just appearing—are seen emerging from an ominous twilight of past struggles and chaos to take up the challenges ahead.

It is a time when the wise and the ambitious, the deceitful and the strong will acquire the skills, the power, and the magic to survive the stark and terrible times that lie before them. It is a time for nobles and commoners, soldiers and sorcerers, assassins and sages to come together and stake their fortunes . . . and their lives. For at a feast for crows, many are the guests—but only a few are the survivors.

A Feast for Crows is the fourth of seven planned novels in the epic fantasy series A Song of Ice and Fire by American author George R. R. Martin. The novel was first published on October 17, 2005, in the United Kingdom, with a United States edition following on November 8, 2005.In May 2005, Martin announced that the "sheer size" of his still-unfinished manuscript for A Feast for Crows had led him and his publishers to split the narrative into two books. Rather than divide the text chronologically in half, Martin opted to instead split the material by plot location, resulting in "two novels taking place simultaneously" with different casts of characters. A Feast for Crows was published months later, and focuses mainly on southern Westeros. The concurrent novel A Dance with Dragons, which focuses on other locations such as the North, the Wall and Essos, was teased to be published the following year, but was delayed and not released until six years later on July 12, 2011. Martin also noted that the A Song of Ice and Fire series would now likely total seven novels.A Feast for Crows was the first novel in the series to debut at number one on The New York Times Best Seller list, a feat among fantasy writers only previously achieved by Robert Jordan and Neil Gaiman. In 2006 the novel was nominated for the Hugo Award, the Locus Award, and the British Fantasy Society Award. It has since been adapted, along with A Dance With Dragons, for television as the fifth season of Game of Thrones, though elements of the novel appeared in the series' fourth and sixth seasons...

Do you love A Feast for Crows book? Please share!

I can literally buy a paper back of this book for $4.99 why is an ebook more expensive than a book I can actually hold?? 15

I still really liked this book. I'm invested in the characters and want to read about them more and more. But, this book is nowhere near as great as the others. Especially the way the last one ended I expected to be blown away by this one. I will definitely continue reading the series though. 45

Under rated and information heavypacellllll

While this is by far the least loved of all the books, I admit that I too took my time in getting through it...once I reread it I was shocked that my impatience and excitement for the usual unexpected deaths, the company of mystery and lore was more prevalent and specific character POVs were the most important and story lines involving the greyjoy line, as well as Jamie are well worth the time it takes to muddle through this novel. It truly is well done and wildly unappreciated because it couldn't possibly be the epic mass destruction and madness that made A Storm of Swords such glorious fun to read....I still say this is a fantastic read. Arya and her subplot is to die for, and again I stress the awesomeness of learning more about the history of Pike and the religion of the Drowned God is too cool for words. So seriously, give it a chance, you'll be glad you did. 55

Gives me a book bonerHarjggfdhff

Worth the work of readingPatrickETurner

This book was by far the slowest read of the series so far, but it is still worth trouble. It does help paint a picture of what life is like throughout westeros that largely goes ignored when chapters are devoted to Jon, Dany and Tyrion. Parts were slow and I would go weeks between chapters for a little bit, but towards the end I was turning pages faster than Samwell in a library. 45

Overall this is a very good book that is almost impossible to put down! However, I writing this review so I say that there were many misspellings. Not sure if this is true in the original publication but I would want to go around claiming that a book of this size is free from typos. Again it was a very enjoyable read with a few minor issues! 45

I enjoy the reading, but this reversed white text on black that I bought hurts my eyes. Is there any way to fix that? 35

Others may have missed the pointShredlana

Many people have written that this book was bad because it told the story of minor or new characters. I disagree. The original story is continued, simply through the perspective of other people than we knew in the first books. If you liked the first ones, you should like this one too. 55

Boring Boring Boring!!! 1400 pages of filler - the actual storyline might take up 200 pages- tops. The only reason to read it is because one wonders what will happen next in the series. 15

I enjoyed the Brienne character and Asha is interesting as well but too much of the book is dedicated to secondary characters like Samwell. We like these characters alongside strong primary characters but they aren't interesting enough to carry an entire novel. I use to like reading Sam and Brienne but this novel have made them unbearable! Shame on the author. This book was written solely for financial gain in extending the series. It lacks adventure, little about the original characters except Arya and Sansa. 15

It seems like half the book was about brienne.. Who the hell cares about the ugly maids story that's not why I bought the book.. The chapters I truly enjoyed was arya and iron men which probably accounted for about an eighth of the book. Disappointed there were no chapters about dany and Tyron. Why he need to write about both cerci and Jamie? Chapters about dorne irrelevant to the main story which i feel really is about dany and her dragons restoring the iron throne. 25

This series as a whole has forced me to put my daily life on a back burner, as I have NEEDED to keep reading from the minute I picked up "Game of Thrones" after enjoying HBOs adaptation ( which follows closely and is amazing on its own). I do have to say that this is my least favorite of the series, and wonder why Martin strayed from a proven formula by adding too many new characters or perspectives we aren't near as invested in or devoted to. I already have "A Dance With Dragons" and have heard its the best of all so far. I canNOT wait 45

Have to get through it?Alchemist90

Like others, I'm finding this fourth book a bit of a chore to get through. As stated, there are so many new characters and not a lot of cohesiveness. I feel like I've come so far on the series that I have to stick it out to get to book 5. I was glad to read that book 5 is good. This one sure isn't. 35

After the spectacular cliffhanger in A Storm of Swords, this is a frustrating, yet unappreciated sequel in the penultimate fantasy series. I can't imagine having to wait six years for the next in this series, but lucky for us, you can jump right into the next installment. However, a second reading of this book is far more satisfying and reveals its subtle magic. 45

I absolutely loved the first three books, but this one was a chore to get through. The author is an amazing writer, but with so many new characters and unfamiliar story lines this book was difficult to enjoy. Just glad it's done so I can get started on the "real" story in book 5. Update: just got done with book 5 and it was awesome. Get through book 4 to get back to the good stuff 35

But I have to admit this one feels more like work than pleasure and I find myself skimming alot of paragraphs. I hope it picks up and that Dances with Dragons goes back to the tempo of the first 3 books which I read within the last month. All in all it has some good, some drull and unnecessary filled pages 35

A Feast for CrowsGianni Leone

In my opinion the author slacked completely when it came to this book. It is boring, endless and again boring and endless.... Besides a couple of passages it is mostly to be avoided. Obviously when one is 4 books into a series it is hard to throw all of it away without finishing, but this is what this book was tempting me to do. My advise would be to get a summary on wikipedia and move on to the 5th book (just finished that one and it fairs better). 15

A Feast for Crows Book Discussions 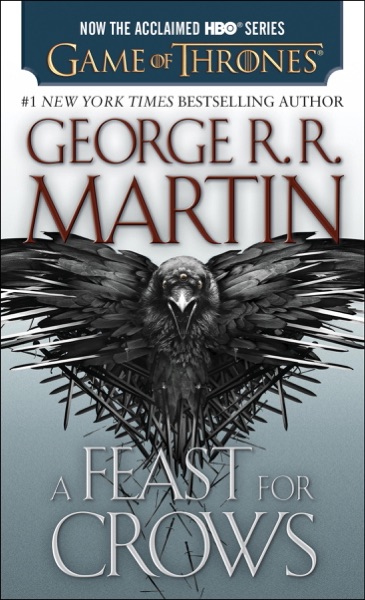 A Feast for Crows Similar Books 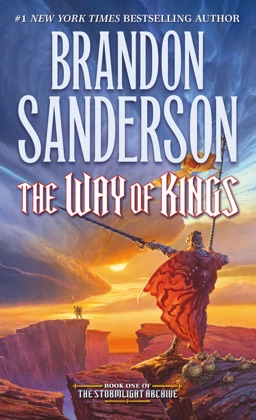 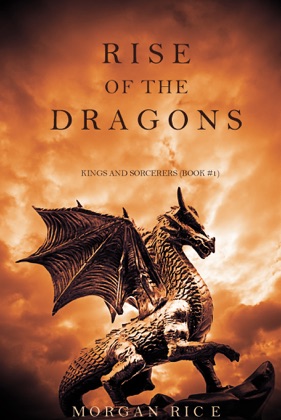 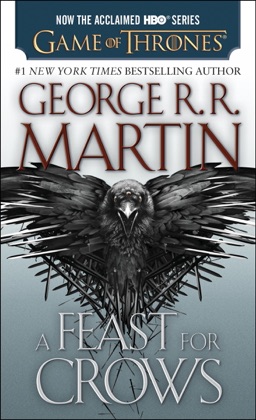 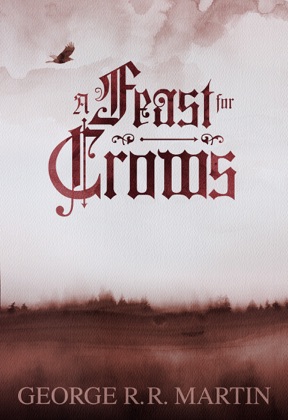 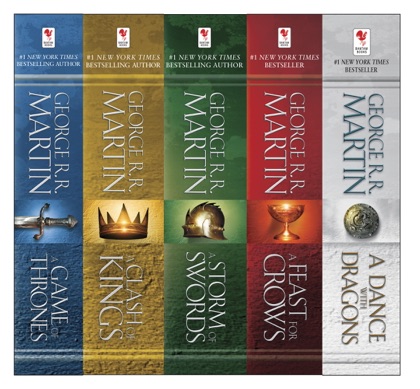 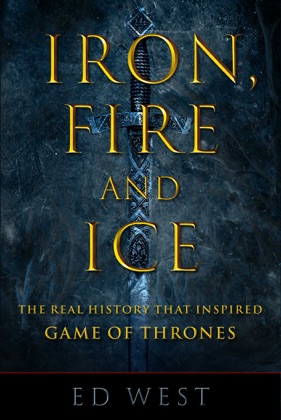