“Pope Joan has all the elements one wants in a historical drama—love, sex, violence, duplicity, and long-buried secrets. Cross has written an engaging book.”—Los Angeles Times Book Review

In this international bestseller and basis for the 2009 movie of the same name, Donna Woolfolk Cross brings the Dark Ages to life in all their brutal splendor and shares the dramatic story of a woman whose strength of vision led her to defy the social restrictions of her day.

For a thousand years her existence has been denied. She is the legend that will not die—Pope Joan, the ninth-century woman who disguised herself as a man and rose to become the only female ever to sit on the throne of St. Peter. Now in this riveting novel, Cross paints a sweeping portrait of an unforgettable heroine who struggles against restrictions her soul cannot accept.

Brilliant and talented, young Joan rebels against medieval social strictures forbidding women to learn. When her brother is brutally killed during a Viking attack, Joan takes up his cloak—and his identity—and enters the monastery of Fulda. As Brother John Anglicus, Joan distinguishes herself as a great scholar and healer. Eventually, she is drawn to Rome, where she becomes enmeshed in a dangerous web of love, passion, and politics. Triumphing over appalling odds, she finally attains the highest office in Christendom—wielding a power greater than any woman before or since. But such power always comes at a price . . .

“Brings the savage ninth century vividly to life in all its alien richness. An enthralling, scholarly historical novel.”—Rebecca Fraser, author of The Brontës

Pope Joan (Ioannes Anglicus; 855–857) was, according to legend, a woman who reigned as pope for a few years during the Middle Ages. Her story first appeared in chronicles in the 13th century and subsequently spread throughout Europe. The story was widely believed for centuries, but most modern scholars regard it as fictional.Most versions of her story describe her as a talented and learned woman who disguised herself as a man, often at the behest of a lover. In the most common accounts, due to her abilities, she rose through the church hierarchy and was eventually elected pope. Her sex was revealed when she gave birth during a procession, and she died shortly after, either through murder or of natural causes. The accounts state that later church processions avoided this spot, and that the Vatican removed the female pope from its official lists and crafted a ritual to ensure that future popes were male. In the 16th century, Siena Cathedral featured a bust of Joan among other pontiffs; this was removed after protests in 1600.Jean de Mailly's chronicle, written around 1250, contains the first mention of an unnamed female pope, and it inspired several more accounts over the next several years. The most popular and influential version is that interpolated into Martin of Opava's Chronicon Pontificum et Imperatorum, later in the 13th century. Martin introduced details that the female pope's birth name was John Anglicus of Mainz, that she reigned in the 9th century, and that she entered the church to follow her lover. The legend was generally accepted as true until the 16th century, when a widespread debate among Catholic and Protestant writers called the story into question; various writers noted the implausibly long gap between Joan's supposed lifetime and her first appearance in texts. Protestant scholar David Blondel ultimately demonstrated the impossibility of the story. Pope Joan is now widely considered fictional, though the legend remains influential in cultural depictions... 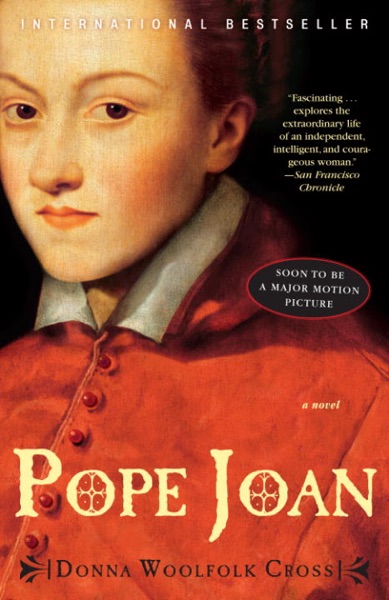 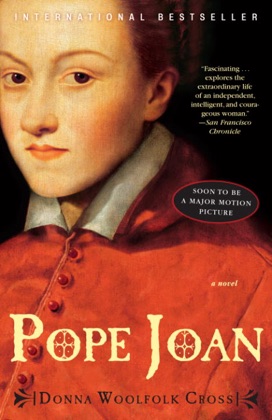