The Best of Me

In this New York Times bestselling novel of first love and second chances, former high school sweethearts confront the painful truths of their past to build a promising future -- together.

"Everyone wanted to believe that endless love was possible. She'd believed in it once, too, back when she was eighteen."

In the spring of 1984, high school students Amanda Collier and Dawson Cole fell deeply, irrevocably in love. Though they were from opposite sides of the tracks, their love for one another seemed to defy the realities of life in their small town in North Carolina. But as the summer of their senior year came to a close, unforeseen events would tear the young couple apart, setting them on radically divergent paths.

Now, twenty-five years later, Amanda and Dawson are summoned back home for the funeral of Tuck Hostetler, the mentor who once gave shelter to their high school romance. Neither has lived the life they imagined . . . and neither can forget the passionate first love that forever changed their lives. As Amanda and Dawson carry out the instructions Tuck left behind for them, they realize that everything they thought they knew -- about Tuck, about themselves, and about the dreams they held dear -- was not as it seemed.
Forced to confront painful memories, the former lovers will discover undeniable truths about the choices they have made. And in the course of a single, searing weekend, they will ask of the living, and the dead: Can love truly rewrite the past?

The Best of Me - Nicholas Sparks Summary

Do you love The Best of Me book? Please share!

I really enjoyed this book I know some people didn’t like the ending or the outcome. But I enjoyed the ending and this story. This book is about two teenagers Amanda and Dawnson who loved each other. But couldn’t be together because of Amanda’s family didn’t like Dawnson or his family. Then old friend of theirs passes away. And some surprises come into the story. I recommend this book it’s lovely story. 55

I hate to say it but the movie was much better than the book. I'm an avid reader and have liked several of his books. This was not my favorite. It wasn't bad but I expected more. 35

One of the best books I have ever read!! Amazing! 55

This book is so amazing I just couldn't put it down!!! The ending had my eyes watery ! Gosh I read three of his books and loved them all can't wait til read them all 55

Such a good read. Emotional, heartwarming, and exciting. 55

This is the first negative review I have ever submitted. This is a ridiculous ending!!!! Nobody reads a romance with an unhappy ending. Won't be reading this author's books in the future. 15

Great read! Couldn't put it down, excellent story and I really enjoyed how it was told. Very interesting characters and I liked how I was able to see each of their points of view. 55

Nicholas Sparks is known to pull on your heart strings with his stories. The Best of Me is no exception. Do you ever really get over your first true love? We tend to always remember and relive events of that relationship in your minds and hearts. Dawson and Amanda are no different. They are the typical star cross lovers with Dawson being the typical boy from the wrong side of the tracks. They grow up and lead their own separate lives until the passing of a mutual friend. Suddenly they are back where it all started. Will they rekindle their romance? Is it too late for these two? I loved reading about Dawson and Amanda. I found myself rooting for them time and time again. This was an easy read and got lost in the story. 45

it was such a good love story, very sad! and i usually read half way through books and stop, but for this one i just wanted to know what was going to happen next! 55

I was so disappinted in the end... I mean come on, the author could have done better ending, the main characters had lived such a tragic lives, the author could have tried to happily end the book... I will learn from the experience and stop reading his books as the majority of them end tragically and in the tough world we live its so good to find some happiness in the books 15

So thrilling! Yet at the end of the novel I chucked the book across the room. At the same time I cried my eyes out until I didn't have any tears left. Nicholas Sparks will be receiving some hate mail soon. :'( 35

For a non-reader, there were a few nonessential things I found a bit wordy, but overall I found myself having a difficult lime putting this down. The ending was unpredictable, which I also really enjoyed. 45

Depressing from start to finishReadingmom03

While I'm aware of sad plots from characters past this took the cake. There wasn't but a small glimpse of happiness in this whole book. When I finished I was broken hearted, crying and left trying to figure out why I had just spent several days reading a book that made me feel worse after. I read to enjoy happy endings not stress through the whole book only to find that the ending was too painful. Not sure ill read anymore of his books. Too serious for me! 15

Not what I liked to have happen...SterlingD

The Best Of MeJilly Jules's

Yet another beautiful love story. Nicholas Sparks has done it again. This is a very good book, an easy read. It grabs and keeps the readers attention. Loved it! ~LMozeak 55

Good but I wouldn't recognize Sparks as the authorEmily Thompson

In the end the story was great, but the book doesn't get going until about half way through. I have read all of Sparks books and this is my least favorite. I was able to put together the ending long before I finished the book. 35

My mind never wandered from the pages, I loved the story line and the characters. The way the ending came about made me tearful and yet so happy! 55

The Best of MeDee Rob

This one was soul wrenching! Needed a box of tissues to read this one. 45

The Best of Me Book Discussions 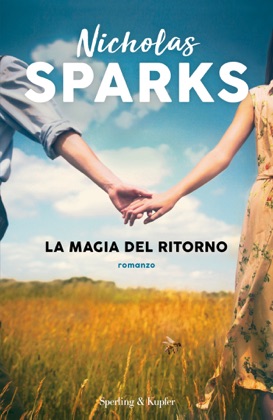 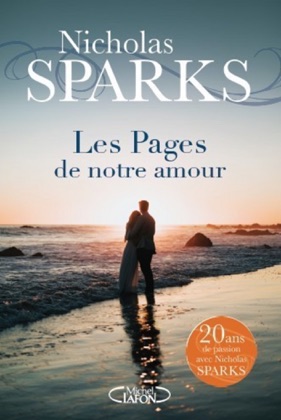 A Melodia do Adeus

The Best of Me Similar Books