With extraordinary relevance and renewed popularity, George Orwell’s 1984 takes on new life in this edition.

“Orwell saw, to his credit, that the act of falsifying reality is only secondarily a way of changing perceptions. It is, above all, a way of asserting power.”—The New Yorker

In 1984, London is a grim city in the totalitarian state of Oceania where Big Brother is always watching you and the Thought Police can practically read your mind. Winston Smith is a man in grave danger for the simple reason that his memory still functions. Drawn into a forbidden love affair, Winston finds the courage to join a secret revolutionary organization called The Brotherhood, dedicated to the destruction of the Party. Together with his beloved Julia, he hazards his life in a deadly match against the powers that be.

Lionel Trilling said of Orwell’s masterpiece, “1984 is a profound, terrifying, and wholly fascinating book. It is a fantasy of the political future, and like any such fantasy, serves its author as a magnifying device for an examination of the present.” Though the year 1984 now exists in the past, Orwell’s novel remains an urgent call for the individual willing to speak truth to power.

Much better than I expectedPeterkheinlein

This book is unfolding right now in America 2020! Lockdowns, groupthink and censorship are all the rave on campuses, Congress, and the liberal unfree press! 55

The best (actually non) fiction of all timehad many investing apps

Orwell’s simple writing style draws you in. There is a familiarity with the characters that is not present in other novels. The story is palpable, riveting, and full of twists. Even one should read 2 books in their life and this is one of them. 55

Best Novel of All Timejordancraft

I wish I would’ve been required to read this in grade school. Better late than never... EVERYONE. NEEDS. TO. READ. THIS. 55

Winston is gross. The concepts and ideas in the book are fascinating, but I can’t get past how boring and disgusting a person the main character is. 15

Look at the USA we live in right now. Must read book! 45

Eric Arthur Blair (known more commonly by the pseudonym George Orwell) encapsulates the horrific ends of totalitarian regimes’ physiological and psychological warfare. It’s not enough to enslave your body; they must also enslave your mind. A totalitarian utopia is one where any rebellion is not only impossible but imponderable. Every action is monitored and scrutinized, leaving no room for individualism. All must give way to oligarchical collectivism, and that which does not bend will break. Oft cited as a linchpin in the critique against the increasingly technocratic societies developing around the world, 1984 is perhaps more relevant today than when it was written. Whether it’s the exclusionary capitalistic practices of western civilization - where behavior is graded to permit access to services and social media is unceasingly and intently monitored for ad profiles - or the statistical despotism being employed in China - where the Communist government monitors all actions via their horrific social credit system - this book is a cautionary tale. Individuals should not sacrifice power to bodies, corporate or governmental, that would abuse it and stamp out what they see as opposition. Privacy and freedom of thought / speech are inalienable human rights that should not be infringed upon. No ideology - even the ones we are privately partial to - should have a monolithic dominion over mind, body, and soul. The flow and control of information should never be vested in one source, for those that absolutely own the present can and will manufacture their “objective” reality. Beyond its contemporary relevance, 1984 also serves as a fascinating look into the Red Scare mentality that pervaded the west post-World War 2. Having survived Earth’s most horrific calamity, weariness and fear abounded. People wanted to avoid another Great War and were inhospitable towards worldviews that enabled extremist authoritarian regimes (and rightly so). 1984 shows why the Cold War was waged and what the west sought to avoid. Were the west to forget itself and come to resemble their ideological foes, where novelists and news-reporters vanish in the dead of night, that would be a sorry sight. The western world has never been perfect - McCarthyism is a stark reminder. But it always tries to be better by adhering to a chaotic system of checks and balances. Hopefully the west will escape its fugue. Our infighting and absentmindedness have allowed for totalitarian regimes to recover lost ground. It has allowed us to slip far from our lofty ideals. Democracy, with strict previsions for privacy and freedom of thought / speech must prevail. The west must not forget itself and become what it has long sought to avoid. Sadly, as I write this, it seems the western world has built the tools necessary for a panopticonic society and is pondering whether to use these tools on themselves. Let us not be the dead. 55

orwell is a GENiUS !biancaaaaH

definitely one of the best books I have EVER read.. and ngl it was because of this book that I want to read more and become more aware of my surroundings bcuz man this author really knows how to get to people’s minds and say exactly what needs to be said /pointed out and never ingored. I believe everyone should read this book, even if it’s just for a mere school project or test o whtv.. it’s enLigHtEninG 55

This is one of my favorite books of all time. The tale is gripping, suspenseful, and and an emotionally stirring ride. The characters are relatable and the setting is dark and foreboding. "1984" is an amazing commentary on the dark path humanity might end up following, and a warning against fear and inaction in the face of tyranny. The book has one of the best endings ever, and the conclusion will both satisfy and tug your heartstrings. 55

Only took apple a year and a half but finally some Orwell. One of the best novels of all time. Big brother is watching. 55 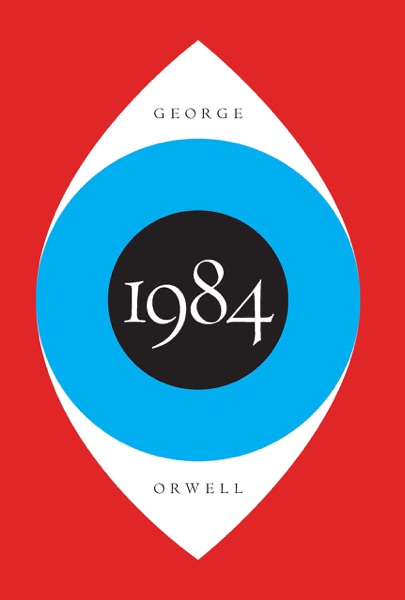 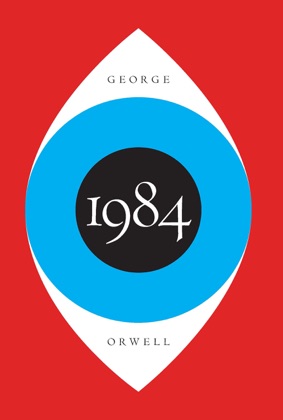 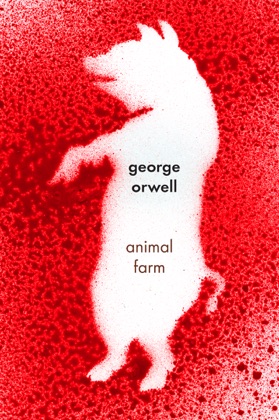 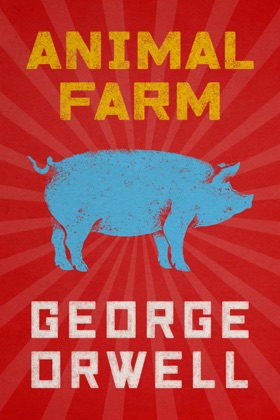 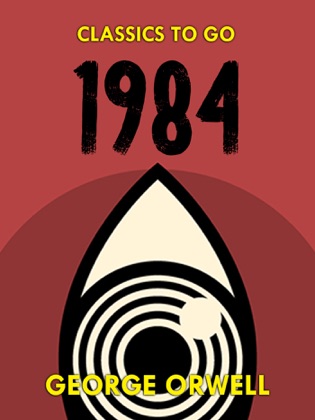