A misanthropic matriarch leaves her eccentric family in crisis when she mysteriously disappears in this "whip-smart and divinely funny" novel that inspired the movie starring Cate Blanchett (New York Times).

Bernadette Fox is notorious. To her Microsoft-guru husband, she's a fearlessly opinionated partner; to fellow private-school mothers in Seattle, she's a disgrace; to design mavens, she's a revolutionary architect; and to 15-year-old Bee, she is her best friend and, simply, Mom.

Then Bernadette vanishes. It all began when Bee aced her report card and claimed her promised reward: a family trip to Antarctica. But Bernadette's intensifying allergy to Seattle -- and people in general -- has made her so agoraphobic that a virtual assistant in India now runs her most basic errands. A trip to the end of the earth is problematic.

To find her mother, Bee compiles email messages, official documents, and secret correspondence -- creating a compulsively readable and surprisingly touching novel about misplaced genius and a mother and daughter's role in an absurd world.

For the 2019 film adaptation, see Where'd You Go, Bernadette (film).Where'd You Go, Bernadette is a 2012 epistolary comedy novel written by Maria Semple. The plot revolves around an agoraphobic architect and mother named Bernadette Fox, who goes missing prior to a family trip to Antarctica. It is narrated by her 15-year-old daughter Bee Branch, and is told in a series of documents (emails, memos, transcripts, etc.) with the occasional interlude by Bee...

Do you love Where'd You Go, Bernadette book? Please share!

So many mothers will relate to the impulsive reactions Bernadette has to over involved and elitist parents who are invested in their child’s KINDERGARTEN acceptance. You know what’s coming down the ramp when this kid is college application ready. Great story of an artistic genius who doesn’t conform to the norms, exhibits quirky, off the cuff behavior but does this quirkiness have more to it?? Couldn’t put it downp 55

I had high hopes for this book because I had read good reviews and also saw where it was going to be made into a movie. The book flipped back and forth to much to really get interested in the actual story plot, it told past and present in a mix between emails, first person and third person, I like to be sucked into a books story line and i want to feel connected with the characters, this book was impossible for me to do that. I gave three stars because I did like how one of the moms enemies, that was out to get her ended up helping her when she needed it, I thought Audrey’s story was far more interesting than some of the main characters.. I may read another book by this author and see if this is her go to writing style and if it is then I don’t guess her books are for me.. 35

Slow moving, and depressing book. I wouldn’t recommend it to anyone. It was a waste of money. 15

Was loving this book until the last section and it took a turn to boring and anti climatic. 25

Charming and laugh out loud funny, I recommend this book to everyone. 55

Fantastic book from start to finish. The beginning, like any other, was slow, yet makes more sense if you reread the first few pages. I can’t wait for the movie! 55

I couldn't stop reading it ... loved everything about it 55

This book was awesome and i have been searching for something like it ever since. Hoping to enjoy "Today Will Be Different" but the reviews are making me not so sure about it. 55

I don't write many reviews but I do read a lot of books. This was the quirkiest story...ever...and I loved it. It took a while to actually get In to it. About half way through...i couldn't put it down. It made me smile, laugh, shack my head. I had fabulous visions of All the happenings and places. I really enjoyed it. 45

Well written drama based in Seattle. Would recommend it to all friends looking for a light read. Seattleites should definitely read it 45

I had a blast reading this book! The changes in the characters over the course of the story arc were downright phenomenal. Antarctica as a setting is a fabulous choice. The letters between the characters made the story move very quickly. 55

Witty, brash AND tender. Like being on a good date. 55

Once you start reading it, you'll get hooked up. All the characters in the story have their own good quality and flaws. It's quite fast-paced and in the third act, it seems like an escapist thriller. As a son myself, I love reading something about mothers and this is something new to me. It's really entertaining and I highly recommend it. 55

where'd you go, bernadette?Perky too

Great read! Fun, fast paced, even informative. Story is told by multiple quirky characters....very different technique. I can see a major film company buying the rights to this story as it has all the main features of a good film...lots of visual humor and great characters. Loved it! 55

Where did you go Bernadette.Deealegre

A phenomenally funny and truly interesting book! I couldn't put it down. Brilliantly written by a genius, whom the reader can actually relate to! I learned so much about Seattle, MS and the Artic along the way! Such a good read! Made my 12 hour day of flying a breeze! Thank you! 55

Lots of inside jokes about Seattle. Tragic Mother character and her blindingly loyal spouse and daughter can be hard to believe, but the author's quick wit and breezy style allows you to forgive. 45

I LOVED this book!!Thirsty for books

This was my very favorite read of the summer. It was laugh out loud funny . So smart and i also found myself weeping. I have been recommending this book to everyone . I truly loved loved loved it. I can't wait to visit Seattle and I am now thinking of planning a trip to Antarctica. I identified so much with Bernadette and reading this book as inspired me to go back to doing my art . I have given myself permission. to creat. Thanks Bernadette !!! 55

I really liked this book. It held my interest the whole way through. I enjoyed that the book always turned in directions that I didn't expect. The only thing I would have preferred is more story at the end. 45 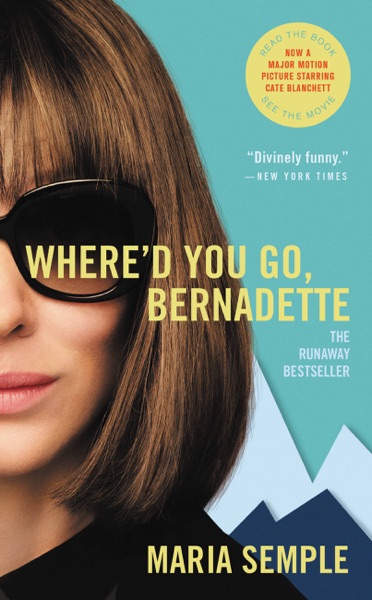 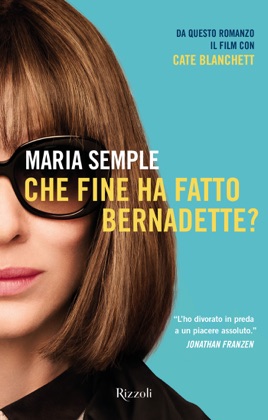 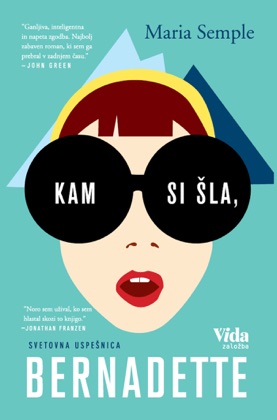 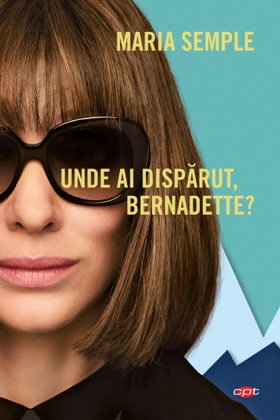 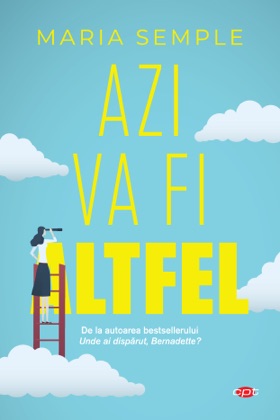