WINNER OF THE 2015 EDGAR AWARD FOR BEST NOVEL
#1 New York Times bestseller! In a high-suspense race against time, three of the most unlikely heroes Stephen King has ever created try to stop a lone killer from blowing up thousands. “Mr. Mercedes is a rich, resonant, exceptionally readable accomplishment by a man who can write in whatever genre he chooses” (The Washington Post).

In the frigid pre-dawn hours, in a distressed Midwestern city, desperate unemployed folks are lined up for a spot at a job fair. Without warning, a lone driver plows through the crowd in a stolen Mercedes, running over the innocent, backing up, and charging again. Eight people are killed; fifteen are wounded. The killer escapes.

In another part of town, months later, a retired cop named Bill Hodges is still haunted by the unsolved crime. When he gets a crazed letter from someone who self-identifies as the “perk” and threatens an even more diabolical attack, Hodges wakes up from his depressed and vacant retirement, hell-bent on preventing another tragedy.

Brady Hartsfield lives with his alcoholic mother in the house where he was born. He loved the feel of death under the wheels of the Mercedes, and he wants that rush again. Only Bill Hodges, with two new, unusual allies, can apprehend the killer before he strikes again. And they have no time to lose, because Brady’s next mission, if it succeeds, will kill or maim thousands.

Mr. Mercedes is a war between good and evil, from the master of suspense whose insight into the mind of this obsessed, insane killer is chilling and unforgettable.

Mr. Mercedes is a novel by American writer Stephen King. He calls it his first hard-boiled detective book. It was published on June 3, 2014. On June 10, 2014 the author described Mr. Mercedes on Twitter as the first volume of a projected trilogy, to be followed in the first half of 2015 by Finders Keepers, the first draft of which was finished around the time Mr. Mercedes was published, and End of Watch in 2016. The novel won the 2015 Edgar Award for Best Novel from the Mystery Writers of America and Goodreads Choice Awards for 2014 in the "Mystery and Thriller" category...

I finished reading this book at 1:30 a.m. and still can’t sleep after an hour so I’m here writing this review. LOVE those long and detailed background stories about main characters’ personality development, though I know many people might get bored reading them. The ending was awesome, I became so nervous and engaged after they break into Brady’s house lol. 55

Such an awesome read!!Laci R.

Oh my goodness... this book was awesome. I had to stop multiple times just because I couldn’t handle what was about to happen. I seriously grew attached to the characters (the good ones) and loathed the bad ones. I just suggest you read this book. VERY well written. 👏🏼 55

An excellent read! As only an occasional reader, I could hardly put this down while on vacation. I’m becoming a lover of SK’s work!! 55

One of my Favorite books by Stephen king can’t wait to see what the trilogy has to offer !! 55

You can’t put it downJustShopping

Once you read this one you’re going to want to read the other two so don’t expect to just read this one and be done. Holy crap was it good. Literally from beginning to end. 55

I can’t even describe how much I love this book! This is way to good! I read it in 3 days! It sucked so much hours out of me! 55 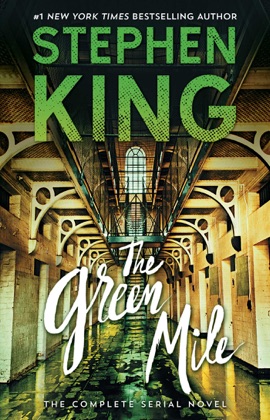 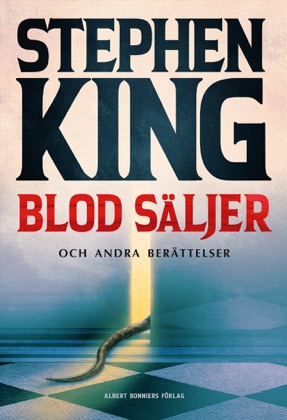